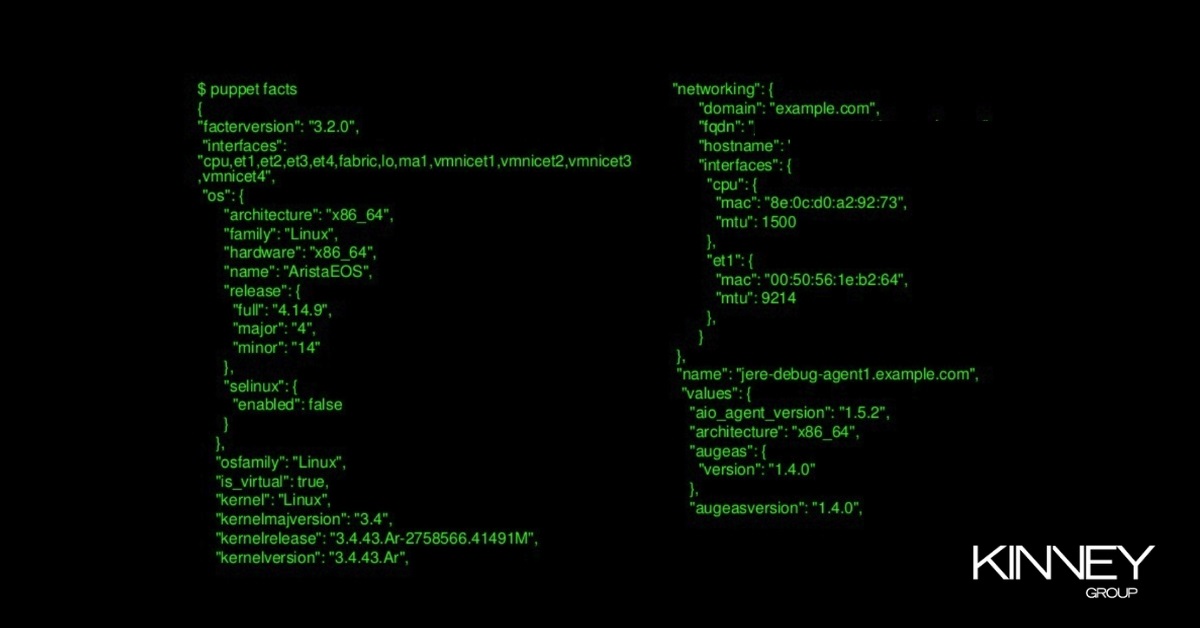 In this two-part blog series, I am ultimately going to address using Puppet trusted facts: what they are, how to use them, and most importantly, how to use them as an added security measure. However, before I get to trusted facts in Part 2, I’d like to make sure we’ve covered the basics here in Part 1: So first, what are Puppet facts?

Facts in Puppet are nothing new. Facts are information gathered about a node by a tool called Facter. Facts are deployed as pre-set variables that can be used anywhere in your Puppet code. Facter is installed automatically with the Puppet agent software.

Some examples of core facts that are generated by Facter by default are:

Typically, facts—once they are sent to the Puppet master—are stored in the PuppetDB (when in use), which means that the Puppet master actually has a detailed inventory of information about your infrastructure. PuppetDB’s API provides a powerful way to share that information with other systems.

What makes Facter even more powerful is that you can also create your own Facter facts called custom facts or external facts. These facts are either deployed within your Puppet modules, generated via a script, or embedded in designated files on your Puppet nodes.

Custom and external facts give you the ability to attach your own metadata to a node so that you can use them in your Puppet code. One common example would be a custom fact for a site identifier that indicates where a node is deployed in the data center. This fact could be generated in a couple of ways: either by a custom script or a flat file deployed to a designated facts directory on the node.

Most facts can be changed during the lifecycle of a node when the characteristics of a node are changed. For example, if a machine’s operating system is updated, that information is automatically updated by Facter and sent back to the master on the next Puppet agent run.

Core, custom, and external facts are deployed in a similar way even though they are generated slightly differently. We sometimes refer to these as normal facts because they are the most commonly used.

Now that we’ve covered the basis with regard to Puppet facts, we’re prepared to pick back up in Part 2 of this series to cover Puppet trusted facts. More specifically, I will address how trusted facts in Puppet can add additional layers of security for meeting security requirements or ensuring the integrity of your systems.

And with that, we can move on to Part 2 in this series: Using Puppet Trusted Facts: Improving Security.