VMware Orchestrator Tips: Stopping a Second Execution of a Workflow

Kinney Group’s own Troy Wiegand hosts this blog series, which will outline some simple tips for success with VMware vRealize Orchestrator. Join Troy as he applies his automation engineering expertise to shed some light on VMware!

When you have a really important workflow to run in VMware vRealize Orchestrator, you don’t want another one running at the same time. As of right now, vRO doesn’t have an option for stopping that second workflow execution from happening simultaneously. Never fear, though—Kinney Group has you covered.

The One and Only Workflow

Some workflows are just more impactful than others. They have the power to do serious damage to your environment—they could tear down your infrastructure, or they could build it up. Depending on what you’re orchestrating, running another workflow simultaneously to this crucial one could be problematic. Luckily, we can use a workaround to prevent any potential damage. When implemented, the workaround will look like this:

The ideal result of this workaround is that when you try to run a workflow for a second time while it’s already running, vRO will send an error message to prevent that redundancy. Let’s investigate how that alert happens by going to the Input Form. The text field that contains the error message is populated with some placeholder text to identify the error. Under “Constraints,” note that “This field cannot be empty!” is marked as “Yes” from the dropdown menu. This ensures that a user cannot submit the form unless the field has something in it. However, that’s only possible if the field itself is visible. Set the “Read-only” menu to “Yes” under the Appearance tab so it can’t be edited.

Figure 2 – The configuration of the workaround, as seen through “Input Form”

The External source action is set to “/isWorkflowRunning,” and it’s configured from the variable “this_workflow.” You can add this as a new variable and assign the same value as the name of the workflow you wish to run without concurrencies. 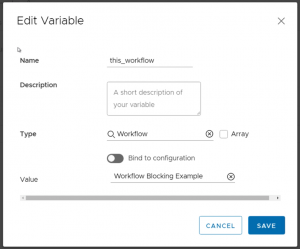 Figure 3 – The form to edit a new variable

By examining the script, we can see that we’ve inputted our workflow ID. We’ve also configured the server to get executions. (Alternatively, you could skip to tokens = executions for a simpler function.) The flag below that function should be set to “false.” We can then check the state of every token, and if it’s “running,” “waiting,” or “waiting-signal,” set the flag to “true.” Those are the three states for a workflow that indicate being in motion or in progress, so it’s essential to identify them as triggers for our error message.

The Result: Your Workflow Runs Alone

We hope this tutorial has been helpful in streamlining your workflows and making the most of VMware Orchestrator! We’ve got more tips for vRO here. Fill out the form below to get in touch with automation experts like Troy:

VMware Orchestrator Tips: Stopping a Second Execution of a Workflow2021-02-252021-03-03https://kinneygroup.com/wp-content/uploads/2020/12/kgisquaredlogo.pngKinney Grouphttps://kinneygroup.com/wp-content/uploads/2021/02/blog21_video-frame_workflow-vm-1.png200px200px
About
Wes Comer
Wes Comer is a veteran marketer and visual communicator with a passion for telling stories creatively. With a diverse background ranging from serving as VP of Marketing for a regional fitness chain to overseeing creative and marketing for the #1 mobile app for giving and generosity in the country, Wes has a proven track record of helping leading brands get their message out. When he's not working, he's spending time with his wife, Brooke, and their six (not a misprint) children. He's a busy guy.
Categories
Recent Posts